The Privatization of Public Libraries 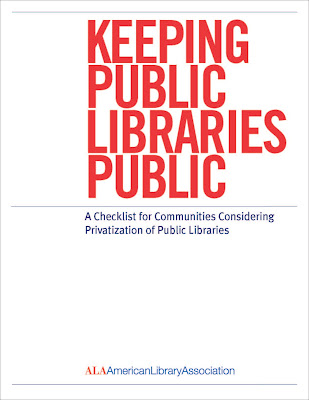 The American Library Association (ALA) has recently announced a new document intended to assist public libraries in ensuring that management control remains in the public domain. While efforts to privatize federal libraries have been underway since the 1980s, the ALA observes that only in recent years have pressures mounted to privatize city and county public libraries. In response to such forces, the ALA Council in 2001 adopted the following policy statement:

ALA affirms that publicly funded libraries should remain directly accountable to the
public they serve. Therefore, the ALA opposes the shifting of policymaking and management oversight of library services for the public to the private for-profit sector.

Among the many issues involved in privatization, the ALA enumerates several key areas of concern:

Additional information on the privatization and outsourcing of public libraries can be found on the ALA web site. Keeping Public Libraries Public (June 2011) is also available online. 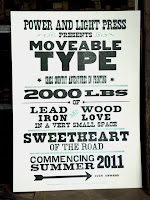 Kyle Durrie, the proprietor of Power and Light Press (Portland, Oregon), has just hit the road with her Moveable Type project. Funded by a successful Kickstarter campaign, Durrie has transformed a 1982 Chevy step van into a mobile letterpress studio and will be touring the United States, offering workshops and demonstrations while serving as ambassador at large for the craft of printing.

While many tour dates have already been booked around the country, it is still possible to arrange a visit. To keep abreast of what are sure to be many exciting letterpress adventures, follow the Moveable Type blog or Twitter posts. 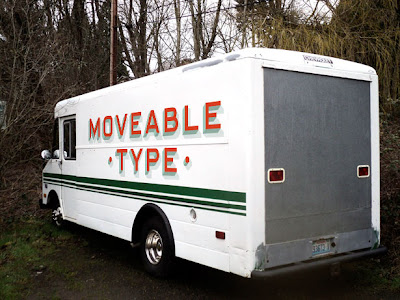 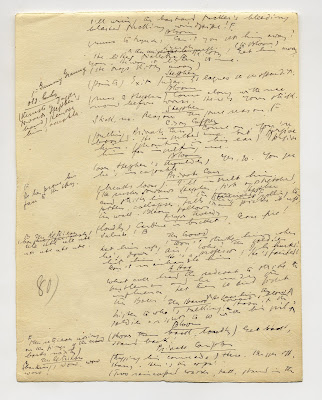 Happy Bloomsday! With wordplay a hallmark of James Joyce's work, he surely would not object to the use of a little Pig Latin to acknowledge the only international holiday commemorating a work of art, namely, his masterwork, Ulysses. Set in Dublin in 1904 with Leopold Bloom as its protagonist, the novel's action transpires entirely on June 16th.

First observed in 1954, on the fiftieth anniversary of the events in the book, Bloomsday is now widely celebrated around the world. If one is lucky enough to be in Dublin, the James Joyce Centre offers a very full program. The Centre also provides a lengthy list of activities in many countries.

In Philadelphia, the Rosenbach Museum and Library is staging an all-day reading of Ulysses and many other events. The Rosenbach also possess a very strong Joyce collection, the centerpiece of which is Joyce's manuscript for Ulysses (the image shown here is from the Circe episode).

Joyce's work has inspired countless readers--and artists--over the years. Had he been writing in another era, however, things might have been different. McSweeney's Internet Tendency offers a glimpse at one possible scenario today: Feedback From James Joyce’s Submission of Ulysses to His Creative Writing Workshop . . . no I said no I won't No!

Posted by Daniel Smith at 10:09 AM 0 comments
Labels: Common Curator, Event, Images, In the News, Manuscripts 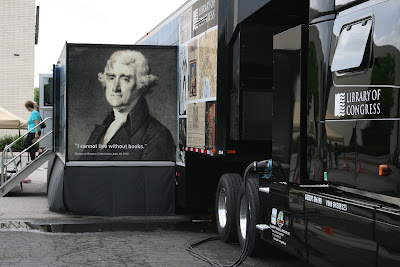 The Library of Congress' rolling exhibition, "Gateway To Knowledge," recently came to town, featuring various highlights (in facsimile) from America's greatest library. Housed in a specially designed 18-wheeler, the mobile exhibition began last September at the National Book Festival in Washington, D.C. The tour will stop at about 60 sites, mostly in the East and Midwest (see full itinerary here).

On April 27, 2011, the Common Curator visited the exhibition, met one of its two docents, Josh Van Gelder, and photographed the images shown here while the vehicle was stationed at University Mall in Chapel Hill, North Carolina. There was a steady flow of interested visitors, including children, who seemed quite intrigued by the materials on display, which included information about Thomas Jefferson's library, hyperspectral imaging of the Declaration of Independence, Walt Whitman's Leaves of Grass, and Spider Man, among much else.

Further details about the tour are available at the Gateway To Knowledge web site, and via the tour's guest posts to the Library of Congress blog; Abigail Van Gelder's post covering the stops in North Carolina is available here. The exhibition and national tour were made possible through the support of the Abby and Emily Rapoport Foundation.

Note: Additional exhibition photos can be viewed online at Flickr. 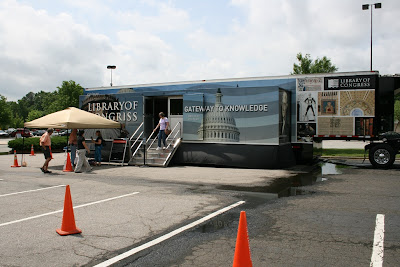 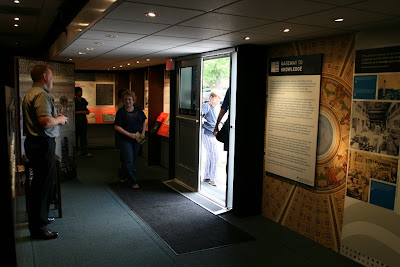 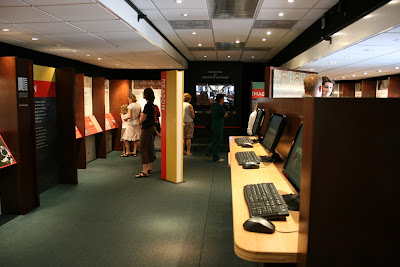 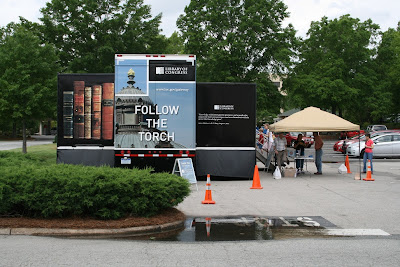 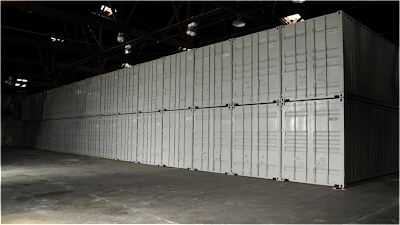 As a complement to its online digital library, the Internet Archive is developing "a physical archive for the long term preservation of one copy of every book, record, and movie" that it can acquire, with a goal of obtaining ten million items. Founded in 1996, the Internet Archive's digital collections encompass millions of items, including texts, moving images, audio, software, and archived web pages. But as its founder Brewster Kahle noted in a recent blog post: "Books are being thrown away, or sometimes packed away, as digitized versions become more available. This is an important time to plan carefully for there is much at stake." He observed further that: "A library that would prefer to not be named was found to be thinning their collections and throwing out books based on what had been digitized by Google. While we understand the need to manage physical holdings, we believe this should be done thoughtfully and well."

In development since January 2009, the Internet Archive's first physical storage facility will be launched this month in Richmond, California (the image above depicts modified shipping containers that are utilized as environmentally controlled storage units). Further information on this initiative can be found in Kahle's blog post.

On a related note, the North Carolina History of Health Digital Collection is available online via the Internet Archive (The Common Curator was the principal investigator and project director for this grant-funded digitization project).

Gathering: Memoir of a Seed Saver 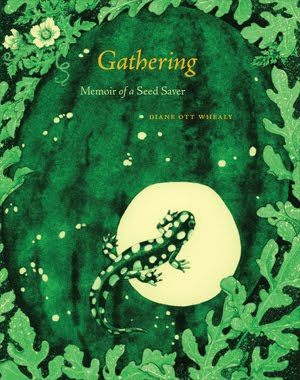 Diane Ott Whealy, co-founder of Seed Savers Exchange (SSE), has recently published Gathering: Memoir of a Seed Saver, which chronicles the history and development of the organization that now counts over 13,000 members worldwide. The book can be obtained from the SSE website or via Facebook.

Headquartered at Heritage Farm in Decorah, Iowa, Seed Savers Exchange is the premier organization devoted to the cultivation and preservation of the collective heirloom seed legacy in the United States. Supported by its members, SSE conserves and maintains heirloom seeds for thousands of vegetables, fruits, herbs, and flowers. Its mission is:

SSE is open to visitors from April to October, and sponsors special events such as seed starting, grafting, and gardening workshops. It also hosts an annual conference and campout, which this year will take place July 15-17, 2011.

To learn more about Seed Savers Exchange, visit its website, and download its 2011 Catalog for this year's gardening. Below is a brief video of Diane Ott Whealy discussing her new book.