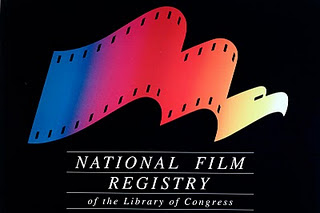 Established by the National Film Preservation Act of 1988, the National Film Preservation Board is an advisory body for the Librarian of Congress. The Board helps shape national film preservation planning policy, and also recommends films for the National Film Registry.
Chosen for their cultural, historic, or aesthetic significance, the Board's 25 annual selections for 2016 cover a wide gamut of genres and time periods, from such early films as Life of an American Fireman and 20,000 Leagues Under the Sea to such later works as Thelma & Louise and Who Framed Roger Rabbit. The full list for 2016 is as follows:
1990s

Human Rights Day is celebrated annually on December 10 to mark the anniversary of the Universal Declaration of Human Rights (UDHR). This year's campaign is Stand Up for Someone's Rights, for which United Nations Secretary-General Ban Ki-Moon observes: "At a time multiplying conflicts, intensifying humanitarian needs and rising hate speech, the Universal Declaration of Human Rights reminds us that recognition of the 'equal and inalienable rights of all members of the human family is the foundation of freedom, justice and peace in the world.'"
The Declaration was proclaimed on December 10, 1948 through United Nations General Assembly Resolution 217 A (III):

Although not itself a binding legal document, it has "inspired more than more than 60 human rights instruments which together constitute an international standard of human rights."
The Declaration has been translated into more than 300 languages and dialects, from Abkhaz to Zulu. The English version is available here, while other versions are available via an online database. A guide to UN Human Rights documentation as well as various related UN databases are also accessible on the UN Human Rights website. A showcase of UDHR-related materials from around the world is available here.

Star Gazing with the Wapsipinicon Almanac

The latest annual installment of the eclectic Wapsipinicon Almanac is now available. Published and letterpress printed since 1988 by Timothy Fay of Route 3 Press, the present issue, as with previous numbers, features an engaging mix of essays, reviews, fiction, poetry, art, wit and wisdom.

Number 23 can be purchased at bookstores and other establishments or by writing the publisher directly at Wapsipinicon Almanac, 19948 Shooting Star Road, Anamosa, Iowa 52205. Single copies are $9, plus $2.70 for postage; Iowa residents should also include 63-cents for sales tax.
The front cover shown here was designed by Elizabeth Munger of Iowa City. A brief history of the publication can be viewed at the Almanac's website, and a video of "Linotype Operator Emeritus" Eldon Meeks in action can be viewed here.