The American Library Association produced the following infographic to highlight the continued cuts to public library budgets across the United States despite increased demand for a wide range of library resources and services. More detailed information can be obtained in the ALA's final report, Libraries Connect Communities: Public Library Funding & Technology Access Study 2011-2012, which "assesses public access to computers, the Internet, and Internet-related services in U.S. public libraries, and the impact of library funding changes on connectivity, technology deployment, and sustainability."

Kickstarting "Freeform or Death": A Documentary about WFMU 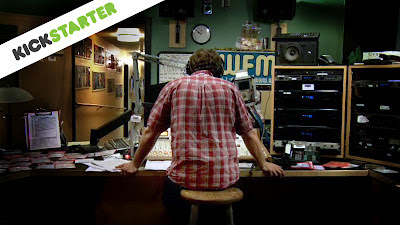 Directed by Tim K. Smith, Freeform or Death is a documentary about iconoclastic freeform radio station WFMU. With support through his Kickstarter project, Smith intends to:


. . . share the intimate story of New Jersey’s WFMU, the world’s longest-running freeform radio station, and one man’s attempt to keep it independent and alive in the face of a recession, the persistent threat of commercial media, and the challenges that come with keeping a rebellious group of outsiders together.

With 24 days to go, Smith's project has attained 2/3 of his funding goal with over 300 backers. Two brief videos as well as further information about the documentary can be viewed at Kickstarter.