Play It Hard: A Tribute to Norman Borlaug

Biology Fortified and The International Center for Maize and Wheat Improvement (CIMMYT) have produced a tribute video to Nobel Laureate, Dr. Norman Borlaug, who would have turned 100 on March 25, 2014. For further information on Borlaug's work, see the related Common Curator post, Statue for the Green Revolution.

Statue for the Green Revolution 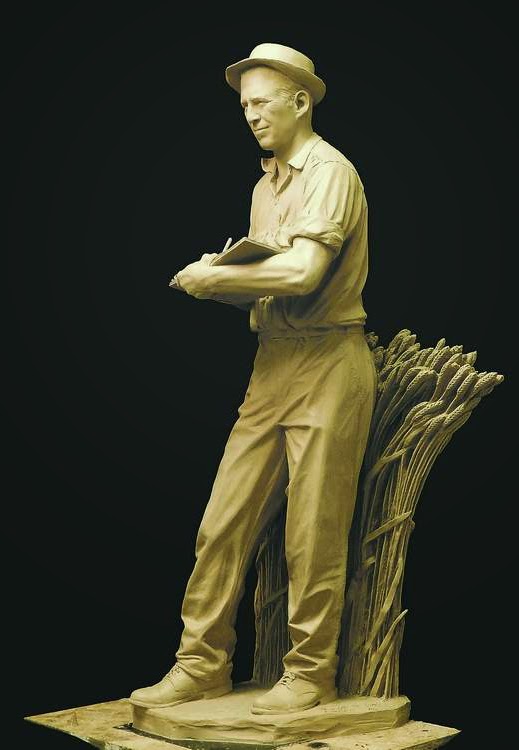 A newly commissioned statue by the State of Iowa was unveiled today in the U.S. Capitol Building's National Statuary Hall to mark the 100th anniversary of the birth of Nobel Laureate Norman E. Borlaug, known as the father of the Green Revolution [video]. An Iowa native, Dr. Borlaug [1914-2009] spent his career developing disease-resistant and high-yielding wheat varieties and other cereal grains that greatly increased food production around the world. His work is estimated by some to have saved as many as one billion people from starvation.

Borlaug was awarded the Nobel Peace Prize in 1970, and later received the Congressional Gold Medal, the Presidential Medal of Freedom, and the National Medal of Science, the only American to have ever earned all four honors. In his Nobel Lecture, entitled "The Green Revolution, Peace, and Humanity," Borlaug stated:


. . . the first essential component of social justice is adequate food for all mankind. Food is the moral right of all who are born into this world. Yet today fifty percent of the world's population goes hungry. Without food, man can live at most but a few weeks; without it, all other components of social justice are meaningless.

In 1986, Borlaug created the World Food Prize to recognize those who have "advanced human development by improving the quality, quantity or availability of food in the world."

The Borlaug statue, shown above, was created by artist Benjamin Victor. Each state is permitted two statues in National Statuary Hall; the statue of Borlaug will replace James Harlan, and will join Samuel Jordan Kirkwood's statue, which was installed in 1913 by Vinnie Ream, the first woman and youngest artist to receive a U.S. Government commission. She is known for her statue of Abraham Lincoln in the Capitol Rotunda. 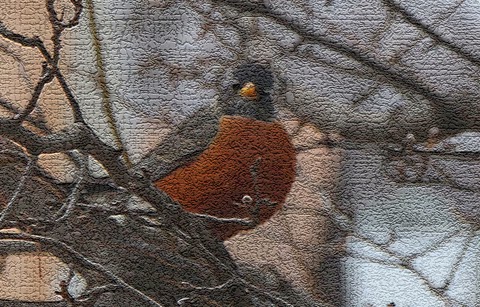 This robin was sighted a day before the vernal equinox. 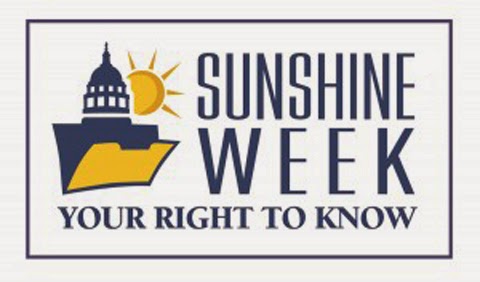 March 16-22, 2014 marks Sunshine Week, an annual event which serves to raise awareness of the need for transparent and open government at all levels. Also observed this week was Freedom of Information Day, which coincides with James Madison's birthday. In 1822, Madison stated:

A popular Government without popular information or the means of acquiring it, is but a Prologue to a Farce or a Tragedy or perhaps both. Knowledge will forever govern ignorance, and a people who mean to be their own Governors, must arm themselves with the power knowledge gives.

Such sunshine laws as the Freedom of Information Act (FOIA) and open meetings laws provide essential legal rights and remedies for citizen access to government records and information. FOIA, which was signed into law by President Lyndon Johnson on July 4, 1966 and went into effect one year later, created a "right to know" as the basis for access whereas previously citizens needed to demonstrate a "need to know." As Johnson observed at the time:


This legislation springs from one of our most essential principles: a democracy works best when the people have all the information that the security of the Nation permits. No one should be able to pull curtains of secrecy around decisions which can be revealed without injury to the public interest.

For further information, the following resources may be of interest: The National Freedom of Information Coalition; The National Security Archive; The OMB Watch; The American Civil Liberties Union; The Electronic Frontier Foundation; and, for news of international freedom of information advocacy, FreedomInfo.org.

First celebrated on March 19, 1911 by more than one million people in Austria, Denmark, Germany, and Switzerland after a proposal by Clara Zetkin [1857-1933] in 1910 at the second International Conference of Working Women in Copenhagen, International Women's Day is now observed in many nations throughout the world.