Dr. Carla Hayden is shown here on April 20, 2016 delivering her opening statement at the Senate confirmation hearing on her nomination to become Librarian of Congress. The entirety of the hearing can be viewed via C-Span. Hayden was nominated to become the 14th Librarian of Congress by President Obama on February 24, 2016. 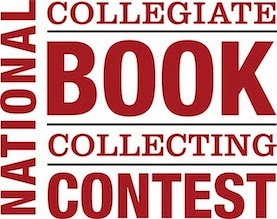 Entries are now being accepted for the 2016 National Collegiate Book Collecting Contest. Begun in 2005 by the Fine Books & Collections magazine for young bibliophiles, the competition is now jointly sponsored by the Antiquarian Booksellers' Association of America, the Fellowship of American Bibliophilic Societies, as well as the Center for the Book and the Rare Books and Special Collections Division of the Library of Congress.

A number of contests are currently held at colleges and universities around the U.S., with Swarthmore College's competition being the first in the 1920s. College-level students from all educational institutions, however, are encouraged to participate. Entries for this year's competition are due by May 31, 2016. Contest rules and further information are available at the Antiquarian Booksellers' Association of America website. Winners of the last several years can be viewed here: 2015, 2014, 2013, 2012, 2011, and 2010.

Mahler's Symphony No. 9 and Coltrane's A Love Supreme among Latest Entries to the National Recording Registry

In the fourteenth year of the National Recording Registry, Acting Librarian of Congress David S. Mao has announced 25 sound recordings as the official entries for 2015, stating: "These recordings, by a wide range of artists in many genres of music and in spoken word, will be preserved for future listeners. This collection of blues, jazz, rock, country and classical recordings, interspersed with important recordings of sporting events, speeches, radio shows and comedy, helps safeguard the record of what we've done and who we are."

Under the National Recording Preservation Act of 2000, selected recordings must be "culturally, historically, or aesthetically significant" and at least ten years old.

Spanning the years 1911-1986, the selections for 2015 are as follows:
The full National Recording Registry currently numbers 450 recordings, and can be viewed here. The Registry solicits nominations annually for inclusion on the registry; further information on the criteria and procedures for making nominations for 2016 is available at the Registry website.