Since 2006, the Society of American Archivists (SAA) has designated May 1st as MayDay, or a day of action for both individuals and organizations such as archives, libraries, museums, and historical societies to improve their capacities to deal with emergencies that can threaten or destroy historical collections. The ravages of natural disasters such as the tornadoes and hurricanes of recent years are just some of the physical risks facing cultural heritage institutions.

Although the landmark study, A Public Trust at Risk: The Heritage Health Index Report on the State of America's Collections (2005), systematically documented that most institutions lack an adequate disaster preparedness plan, the SAA has worked to mitigate these deficiencies. The SAA web site provides recommendations for MayDay activities, as well as a compilation of resources, including technical literature and tools, disaster plan templates and examples, tutorials and courses, bibliographies, and other resources.

May 1st, of course, is also International Workers' Day, which serves to commemorate the anniversary of the Haymarket Affair in Chicago. The eight-hour workday was a central demand of the Chicago labor movement in the 1860s, and a week-long, city-wide strike began on May 1, 1867. The strike collapsed, but the issue remained, with the Federation of Organized Trades and Labor Unions in 1884 calling for workers to take direct action and begin observing the eight-hour day on May 1, 1886. More on IWD can be found in the Common Curator post, the 125th Anniversary of the Haymarket Affair.


Record Store Day 2015 Ambassador Dave Grohl addresses in the above video the importance of vinyl to his life as a musician. Support independent record stores April 18, 2015 and throughout the year. Visit the RSD website to find local participating shops. 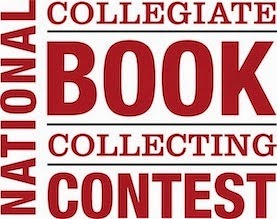 Entries are now being accepted for the 2015 National Collegiate Book Collecting Contest. Begun in 2005 by the Fine Books & Collections magazine for young bibliophiles, the competition is now jointly sponsored by the Antiquarian Booksellers' Association of America, the Fellowship of American Bibliophilic Societies, as well as the Center for the Book and the Rare Books and Special Collections Division of the Library of Congress.

A number of contests are currently held at colleges and universities around the U.S., with Swarthmore College's competition being the first in the 1920s. College-level students from all educational institutions, however, are encouraged to participate. Entries for this year's competition are due by May 31, 2015. Contest rules and further information are available at the Antiquarian Booksellers' Association of America website. Winners of the last several years can be viewed here: 2014, 2013, 2012, 2011, and 2010.