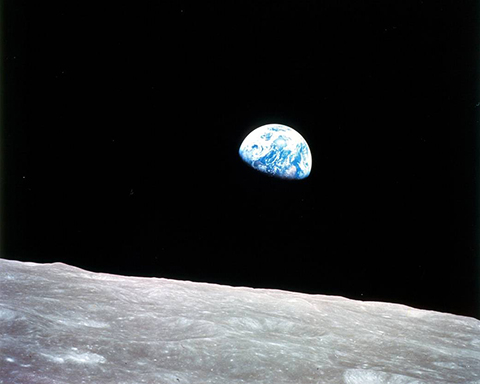 Fifty years ago today, on December 24, 1968, NASA astronaut William Anders, a member of the three-person Apollo 8 crew then orbiting the moon, took the photograph above, which later came to be known as "Earthrise." It was the first time such a view of Earth had been documented by humans in space. As Anders later recounted:


"And up came the Earth. We had had no discussion on the ground, no briefing, no instructions on what to do. I jokingly said, 'well it's not on the flight plan,' and the other two guys were yelling at me to give them cameras. I had the only color camera with a long lens. So I floated a black and white over to [Frank] Borman. I can't remember what [James] Lovell got. They were all yelling for cameras, and we started snapping away."

The iconic photo is available from NASA's website; NASA has also just released a new video describing the world's first mission to orbit the moon: "Apollo 8: Around the Moon and Back."

The Univeral Declaration of Human Rights at 70


"As we mark the 70th anniversary of the Universal Declaration of Human Rights, we should never forget the profound progress that has been made over the decades--and, indeed, that is happening as we speak. The good stories deserve to be shared--not only to celebrate the achievements of those who made it happen. But to serve as an example and inspiration for others around the world. Just as the denial of human rights is part of the problem, the active promotion of human rights is part of the solution. So, too, is spreading the stories and the lessons of doors opened, rights secured, and victories won."

The Declaration was proclaimed on December 10, 1948 through United Nations General Assembly Resolution 217 A (III):

Although not itself a binding legal document, it has "inspired more than more than 60 human rights instruments which together constitute an international standard of human rights."

The Declaration has been translated into more than 500 languages and dialects, from Abkhaz to Zulu. The English version is available here, while other versions are available via an online database. A guide to UN Human Rights documentation as well as various related UN databases are also accessible on the UN Human Rights website. A showcase of UDHR-related materials from around the world is available here.

The Final Number of the Wapsipinicon Almanac 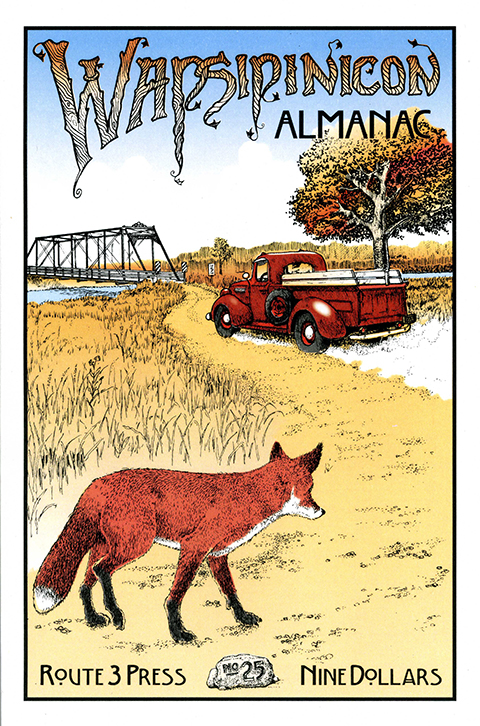 The latest--and final--annual installment of the eclectic Wapsipinicon Almanac is now available for purchase and perusal. Published and letterpress printed since 1988 by Timothy Fay of Route 3 Press, the present issue, as with previous numbers, features an engaging mix of essays, reviews, fiction, poetry, art, wit, and wisdom.

Number 25 can be purchased at bookstores and other establishments or by writing the publisher directly at Wapsipinicon Almanac, 19948 Shooting Star Road, Anamosa, Iowa 52205. Single copies are $9, plus $2.70 for postage; Iowa residents should also include 63-cents for sales tax.

The front cover shown here was designed by Will Thomson of Iowa City, his seventh cover overall for the almanac. A brief history of the publication can be viewed at the Almanac's website, and a video of "Linotype Operator Emeritus" Eldon Meeks in action can be viewed here.