Of Cherry Blossoms and Plant Quarantines

The National Cherry Blossom Festival is this year celebrating the 100th anniversary of the planting of cherry trees in Washington, D.C. The trees planted during the spring of 1912, however, were not the first ones imported from Japan for the beautification of the Capitol. Two years earlier, on January 6, 1910, 2,000 flowering cherry trees arrived from Japan and were inspected by the U.S. Bureau of Entomology. Although the Bureau lacked authority to inspect private plant imports, acting chief Charles Marlatt determined that the trees were afflicted with "practically every pest imaginable" and should be destroyed. President Taft subsequently ordered the burning of the entire shipment, which took place at the Washington Monument.

The controversy surrounding the cherry tree incident galvanized the passage of the Plant Quarantine Act of 1912, which established the Federal Horticultural Board and authorized plant quarantines. Prior to this, 39 states had enacted their own legislation regulating plant inspections. While the federal regulatory framework was being built, a second batch of 3,020 cherry trees was ordered from Japan. Fumigated before shipment and declared pest-free upon arrival, the first two trees were finally planted in the Capitol on March 12, 1912 by First Lady Taft and Viscountess Chinda, the Japanese Ambassador's wife.

A full account of this interesting intersection of international diplomacy and domestic horticulture can be read in "Cherry Blossoms, Insects, and Inspections" at the Law Library of Congress' blog, In Custodia Legis. The image above depicts two paired commemorative stamps recently issued by the USPS. 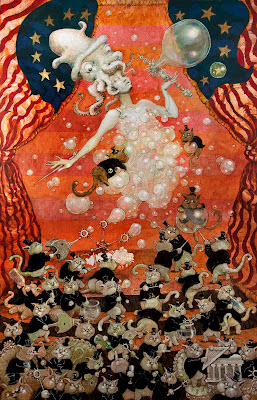 "Shell Game: An Art Show about the Financial Meltdown" is a Kickstarter project by artist Molly Crabapple. As she describes it:

Shell Game is an art show about the world financial collapse, and the people who have risen up in protest against it. I'll create nine giant paintings about the different parts of the collapse and the global movement fighting back (including Goldman Sachs, Greece, and Occupy Wall Street), but filter them through my lens of burlesque, surrealism, satire, and symbolic animals. Then, I'm going to rent a storefront in New York city, rig it out like a gambling parlor, and invite the city and the Internet to check it out for a week.

Crabapple's project has already elicited widespread support from over 600 funders, more than doubling its $30,000 goal well before deadline; pledges may be made at Kickstarter until March 27, 2012. The image shown here, entitled "The Great American Bubble Machine," is the first in a series of nine large (6' x 4') paintings planned for the project. Of related interest is the illustration Crabapple executed for The People's Library at Occupy Wall Street. 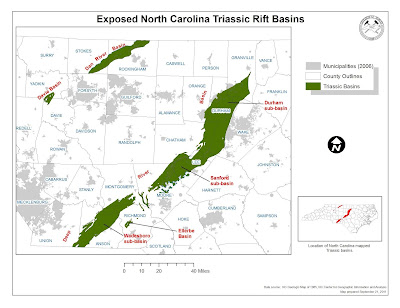 The North Carolina Department of Environment and Natural Resources has just issued a draft report on proposed hydraulic fracturing within the state entitled, "North Carolina Oil and Gas Study under Session Law 2011-276." In addition to the full report, the draft Executive Summary and draft Recommendations and Limitations are downloadable separately.

Findings from this draft report will be presented publically in two upcoming meetings, in Sanford on March 20, 2012 and in Chapel Hill on March 27, 2012. Written comments on the draft report will be accepted through April 1, in addition to any feedback received at the two public meetings. Written comments can be sent via email to Shale_gas_comments@ncdenr.gov or through the mail to NCDENR, attn: Trina Ozer, 1601 MSC, Raleigh, NC 27699. Additional resources regarding shale gas can be found at the NCDENR site.

Of related interest is an earlier Common Curator post on an Integrative Workshop on Hydraulic Fracturing held in January 2012 at Duke University.

On March 5, 2012, U.S. Attorney General Eric Holder delivered a major policy speech on national security issues at the Northwestern University School of Law. The full text of this speech, which among other things provides the administration's rationale for "targeted killings," is available on the U.S. Department of Justice's web site. 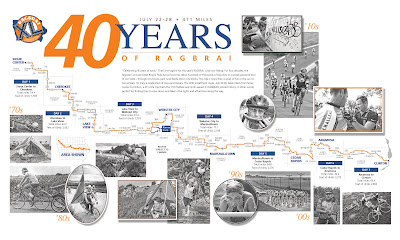 The Register's Annual Great Bike Ride Across Iowa will be celebrating its 40th anniversary this year with a 471-mile ride across the state on July 22-28, 2012. The ride begins in Sioux Center and concludes seven days later in Clinton. A special event will be held in Cedar Rapids on July 26 to commemorate what has become known as the "oldest, largest and longest touring bicycle ride in the world." Riders traditionally dip their tires in the two rivers bordering the state, the Missouri River at the start of the ride and the Mississippi River at the end. The ride is capped at 8,500 week-long riders, but registration for the lottery can be made online until April 1. For more on the ride's illustrious history, as well as training advice, visit the RAGBRAI website.

The UN's theme for International Women's Day 2012 is "Empower Rural Women--End Hunger and Poverty." The video above, produced by UN Women, is entitled, "Columbia: Wayuu Gold, Fighting for Access to Fresh Water," and details the campaign led by Griselda Polanco to obtain a secure water supply for her village. In 2006, Griselda's sister, Orsinia Polanco, was the first indigenous woman elected to the Columbian Congress, and she has worked tirelessly to make access to water a fundamental right for all Columbians, including the Wayuu and other indigenous peoples.

James Hansen: Why I Must Speak Out about Climate Change

TED has just made available a recent talk (filmed in February 2012) by noted climatologist, Dr. James Hansen. An Iowa native, Hansen studied mathematics, physics, and astronomy at the University of Iowa, where Dr. James Van Allen headed up the Department of Physics and Astronomy. Hansen's 1967 doctoral dissertation was entitled, The Atmosphere of Venus: A Dust Insulation Model, and he has since had a long scientific career investigating the basis of global climate change and advocating for the reduction of greenhouse gas emissions into the Earth's atmosphere. 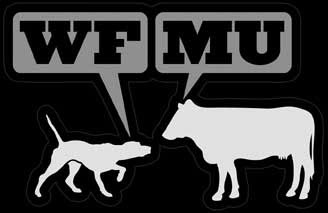 Congratulations to WFMU--Freeform Station of the Nation--on its record-breaking Marathon 2012! Although not quite reaching its goal by the end of its two-week-long annual fundraising frenzy at midnight on Sunday, March 4, additional pledges today have allowed it to surpass its $1.2 million goal. WFMU is 100% listener-supported, and Marathon funds will go far in supporting operations for the coming year. More on the station can be found at the WFMU website and in a previous Common Curator post. And, for any remaining holdouts, pledges can still be made online.