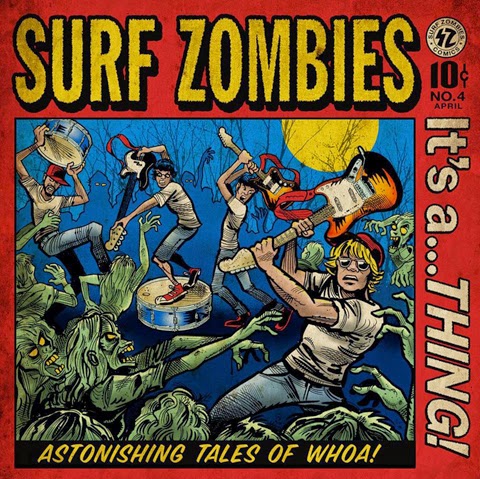 Practitioners of the tsunami school of surf music, The Surf Zombies have recently issued their fourth album, It's a ... Thing!. A medley video of their latest tunes can be viewed on YouTube.

Their first album, the self-titled Surf Zombies, appeared in 2008, and was followed by Something Weird in 2009, with Lust for Rust being released in 2012.

Their latest album can be purchased on CD Baby. For those interested in seeing the band perform live, the Surf Zombies will be appearing at Torque Fest 2014 in Dubuque, Iowa at 7 pm, Friday, May 2, 2014.

Spearheaded by Joanna Ebenstein, creator of the Morbid Anatomy blog in 2007, the Kickstarter campaign for the new Morbid Anatomy Museum located in Brooklyn, New York has just surpassed its goal of $60,000. There is, however, still another five days to contribute to this worthwhile project, which will:


. . . feature permanent and temporary exhibitions, a café/bar, a gift shop, an expanded library and more ambitious programming. It will be a beautiful and inspiring space to foster our unique international community of supporters, friends, artists, rogue scholars and like-minded enthusiasts; a place which enshrines that which we hold dear, a place to study, to delight; a place to “meet the others.”

To learn more about this ambitious undertaking, visit the Morbid Anatomy Museum project page on Kickstarter. Ebenstein, along with co-editor Colin Dickey, recently concluded another highly successful Kickstarter project with the publication of The Morbid Anatomy Anthology, a well-illustrated and handsomely-produced volume of essays on a number of fascinating topics. 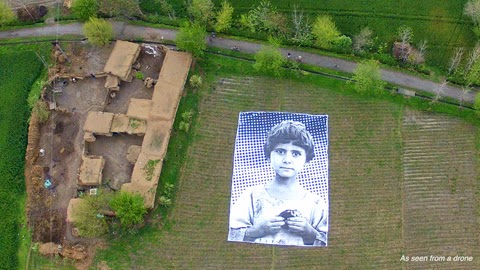 The above image is an on-site installation in Pakistan. Produced by an artist collective, the large scale of the portrait is intended to put a visible human face on potential targets of drone missiles, which are sometimes referred to by drone operators as "bug splats." More information on the project is available at the #NotaBugSplat website.

Plant a Tree, or a Million, for Arbor Day 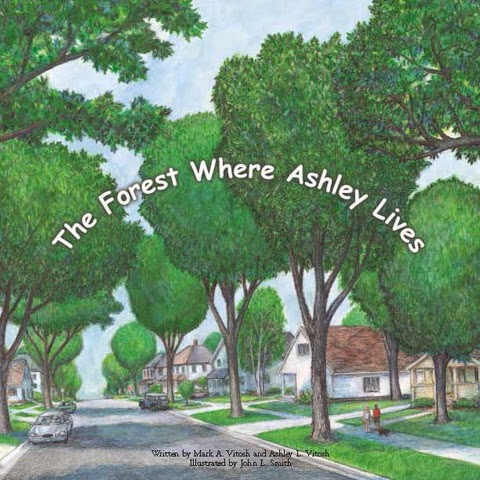 To commemorate Arbor Day, check out the free PDF version of The Forest Where Ashley Lives, an educational book about the value and care of urban forests, written by Mark A. and Ashley L. Vitosh, and illustrated by John L. Smith. Intended for elementary school readers, the text has won an Arbor Day Foundation Education Award. The book is also available in print from the Iowa State University Extension online store.

In chronological order, the selections for 2013 are as follows:
The full National Recording Registry currently numbers 400 recordings, and can be viewed here. The Registry solicits nominations for inclusion on the registry; further information on the criteria and procedures for making nominations is available at the Registry website.