Lord of the Rings, Pink Flamingos, and Cooley High Among Selections to National Film Registry 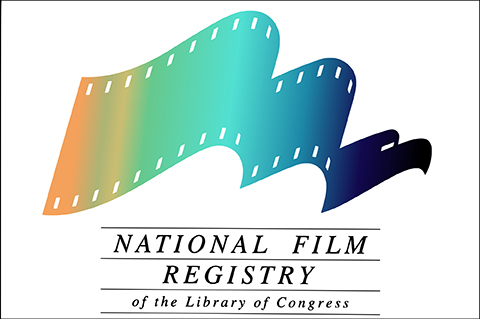 Chosen for their cultural, historic, or aesthetic significance, the Board's 25 annual selections for 2021 cover a wide gamut of genres and time periods, from such early films as the Ringling Brothers Parade Film and The Flying Ace to such later works as Stop Making Sense and The Watermelon Woman. The full list for 2021 is as follows: 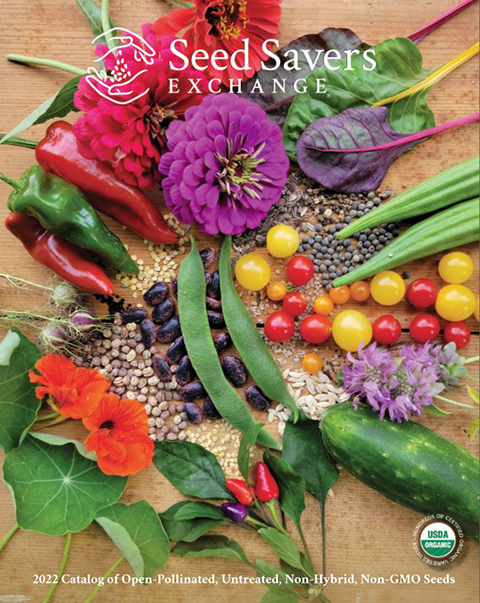 Miya of the Quiet Strength

Miya of the Quiet Strength is a documentary about the life of Miya Rodolfo-Siosin. Directed by Daniel Julien, the film premiered in January 2009, one month after Miya died of breast cancer at age forty. Miya was a prominent, longtime advocate for human rights and disability rights, who lived in Berkeley, California beginning in 1996. She herself was grievously injured in the mass shooting that occurred on the campus of the University of Iowa on November 1, 1991--thirty years ago today. The documentary is available from Swift Productions.
Miya was also a supporter of Whirlwind Wheelchair International, a non-profit social enterprise which produces durable, low-cost, highly functional wheelchairs for the disabled in over 60 countries. Donations are welcome.
Previous related Common Curator posts include: Twenty Years After and The March for Our Lives Against Gun Violence. 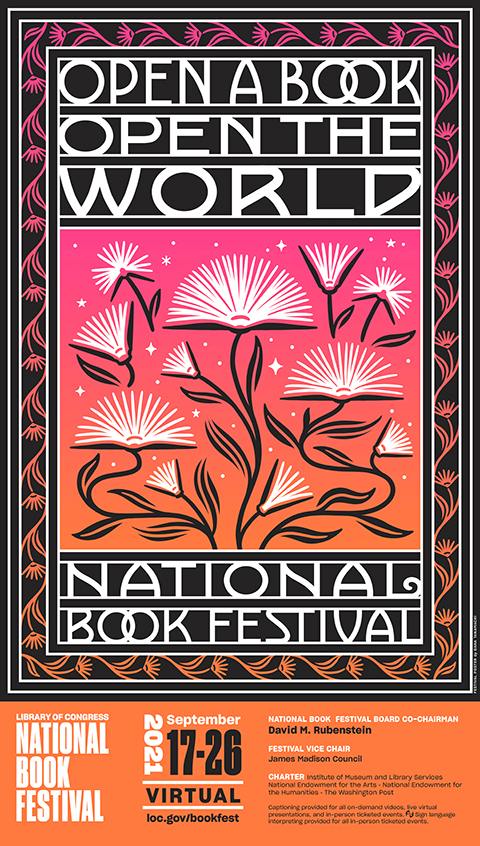 The 21th annual National Book Festival, organized and sponsored by the Library of Congress, will be held September 17-26, 2021 in Washington, D.C. The festival is free and open to the public.
More than 100 authors, poets, and illustrators will be making presentations throughout the festival on stages for Children, Teens, Fiction, History & Biography, International, Poetry & Prose, Genre Fiction, Science, and other themes & genres. Speakers include such writers as Kazuo Ishiguro, Roxane Gay, Nikki Giovanni, Joy Harjo, George Saunders, and many others.
Further information, including a schedule of events and an FAQ can be found at the festival website.
This year's poster was designed by Dana Tanamachi; a gallery of all Festival posters from 2001 to 2021 can be viewed here.

Now in its nineteenth year, the National Recording Registry has grown to 575 entries with Librarian of Congress Carla Hayden having just announced 25 additional sound recordings as the official entries for 2020, stating: “The National Recording Registry will preserve our history through these vibrant recordings of music and voices that have reflected our humanity and shaped our culture from the past 143 years. We received about 900 public nominations this year for recordings to add to the registry, and we welcome the public’s input as the Library of Congress and its partners preserve the diverse sounds of history and culture.”
Under the National Recording Preservation Act of 2000, selected recordings must be "culturally, historically, or aesthetically significant" and at least ten years old.Spanning the years 1878-2008, the selections for 2020 are as follows:The full National Recording Registry can be viewed online here. The Registry solicits nominations annually for inclusion on the registry; further information on the criteria and procedures for making nominations for 2021 is available at the Registry website. Individuals may submit up to 50 nominations per year.

Love free-form radio? Take the leap and consider supporting independent station WFMU during its annual fundraising Marathon that runs March 6 to March 21, 2021. WFMU first hit the airwaves over sixty years ago on April 24, 1958 at the now-defunct Upsala College and has never looked back. Currently based in Jersey City, New Jersey, WFMU broadcasts at 91.1 Mhz in New York and via a second signal at 90.1 Mhz in the Hudson Valley. WFMU has long been an Internet pioneer, and has multiple online streams, as well as an extensive archive of past shows.
What is free-form radio you might ask? WFMU describes itself as follows:

And because the station is listener-supported, WFMU DJs have for years maintained complete autonomy and control over their own programming, which is extraordinarily eclectic. Check out the current WFMU audio smorgasbord, and see for yourself. Apps available for both iOS & Android. 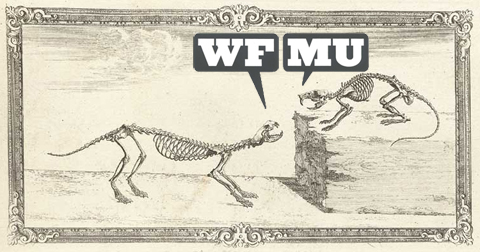 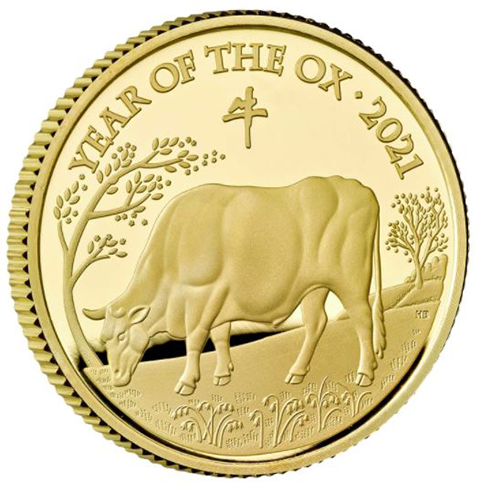 The image above was designed by Harry Brockway and is featured on a series of 2021 coins issued by the U.K.'s Royal Mint as part of the Shēngxiào Collection (生肖) to commemorate the Lunar New Year.

Amanda Gorman recites her poem, "The Hill We Climb," on the occasion of the inauguration of Joseph Biden as the 46th president of the United States on January 20, 2021. Gorman was selected as the first National Youth Poet Laureate in 2017.

IN THE HOUSE OF REPRESENTATIVES
January 11, 2021

Resolved, That Donald John Trump, President of the United States, is impeached for high crimes and misdemeanors and that the following article of impeachment be exhibited to the United States Senate:

ARTICLE I: INCITEMENT OF INSURRECTION

On January 6, 2021, pursuant to the 12th Amendment to the Constitution of the United States, the Vice President of the United States, the House of Representatives, and the Senate met at the United States Capitol for a Joint Session of Congress to count the votes of the Electoral College. In the months preceding the Joint Session, President Trump repeatedly issued false statements asserting that the Presidential election results were the product of widespread fraud and should not be accepted by the American people or certified by State or Federal officials. Shortly before the Joint Session commenced, President Trump, addressed a crowd at the Ellipse in Washington, DC. There, he reiterated false claims that “we won this election, and we won it by a landslide”. He also willfully made statements that, in context, encouraged—and foreseeably resulted in—lawless action at the Capitol, such as: “if you don’t fight like hell you’re not going to have a country anymore”. Thus incited by President Trump, members of the crowd he had addressed, in an attempt to, among other objectives, interfere with the Joint Session’s solemn constitutional duty to certify the results of the 2020 Presidential election, unlawfully breached and vandalized the Capitol, injured and killed law enforcement personnel, menaced Members of Congress, the Vice President, and Congressional personnel, and engaged in other violent, deadly, destructive, and seditious acts.

President Trump’s conduct on January 6, 2021, followed his prior efforts to subvert and obstruct the certification of the results of the 2020 Presidential election. Those prior efforts included a phone call on January 2, 2021, during which President Trump urged the secretary of state of Georgia, Brad Raffensperger, to “find” enough votes to overturn the Georgia Presidential election results and threatened Secretary Raffensperger if he failed to do so.

In all this, President Trump gravely endangered the security of the United States and its institutions of Government. He threatened the integrity of the democratic system, interfered with the peaceful transition of power, and imperiled a coequal branch of Government. He thereby betrayed his trust as President, to the manifest injury of the people of the United States.

Wherefore, Donald John Trump, by such conduct, has demonstrated that he will remain a threat to national security, democracy, and the Constitution if allowed to remain in office, and has acted in a manner grossly incompatible with self-governance and the rule of law. Donald John Trump thus warrants impeachment and trial, removal from office, and disqualification to hold and enjoy any office of honor, trust, or profit under the United States.

New Seeds for a New Year 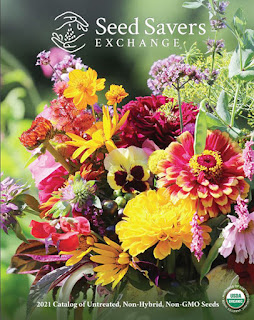