Recorded in one day by the John Coltrane Quartet at the Van Gelder Studios in Englewood, New Jersey on March 6, 1963, the long-overlooked album will finally be released as Both Directions at Once: The Lost Album by Impulse! Records on June 29, 2018. Coltrane gave the reference tape for the original session (the master tapes are presumed lost) to his first wife, Juanita Naima Coltrane, shortly after it was recorded, but only recently was it rediscovered by her and brought to the attention of the label.

The album contains seven tunes, including two new compositions never before heard, as well as the first recorded versions of several earlier songs. The quartet features Coltrane on saxophone, McCoy Tyner on piano, Elvin Jones on drums, and Jimmy Garrison on double bass, along with several guest musicians. Jazz great Sonny Rollins has observed that the present album "is like finding a new room in the Great Pyramid." The video above previews "Untitled Original 11383," and is accompanied by a graphic visualization of the audio track. Enjoy! 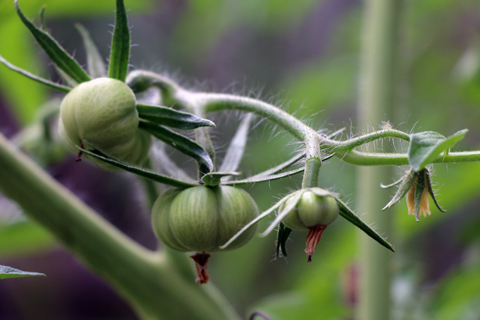 Registration is now open for the 38th annual Seed Savers Exchange Conference & Campout to be held July 20-21, 2018. The event will feature speakers, tours, and other activities on the grounds of Heritage Farm in Decorah, Iowa. Program speakers and topics include: Marilyn McHugh & Chris Kennedy (Life in the Soil--A Journey); John Whitman (On Cold Climate Gardening); Rosalind Creasy (Edible Landscaping); Jovan Savage (The Migration of Southern Foodways); and, Rowan White & Lee Buttala (Keeping Seeds Where They Belong--in situ and ex situ Preservation). A full schedule as well as registration details can be viewed on the conference website.