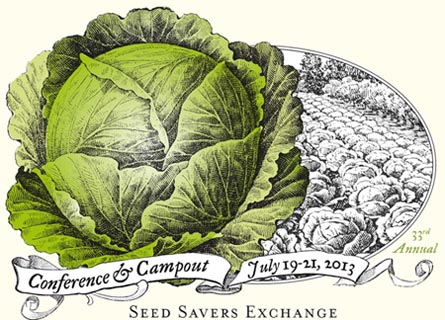 Registration is now open for the 33rd annual Seed Savers Exchange Conference and Campout to be held July 19-21, 2013. The event will feature numerous speakers, workshops, and other activities on the grounds of Heritage Farm in Decorah, Iowa. A full schedule can be downloaded here [pdf]; early registration ends June 30.

Members of the Philadelphia Orchestra recently performed part of Antonin Dvořák’s String Quartet No. 12, known as his American String Quartet, while stuck in coach on the runway at the Beijing airport. It was composed while Dvořák was vacationing in Spillville, Iowa in 1893:


As for my new Symphony, the F major String Quartet and the Quintet (composed here in Spillville) – I should never have written these works 'just so' if I hadn't seen America," wrote Dvořák in a letter in 1893. In his description of the New World symphony, Dvořák was more specific: "As to my opinion, I think that the influence of this country (it means the folk songs that are Negro, Indian, Irish, etc.) is to be seen, and that this [the symphony] and all other works written in America differ very much from my earlier works, as much in colour as in character . . . . [Wikipedia]

As of this posting, well over one million viewers have taken a look at this impromptu concert--an audience far in excess of a typical performance by the orchestra.

Printing and the Mind of Merker 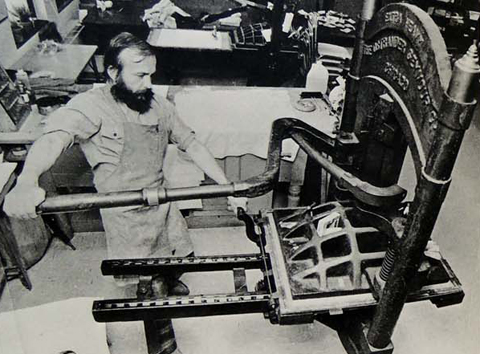 Kim Merker [1932-2013], master printer and proprietor of Stone Wall Press and Windhover Press, died on April 28, 2013 at age 81. A native New Yorker who travelled to Iowa City to study poetry at the University of Iowa, he launched Stone Wall Press in 1957, and published the early work of a number of significant writers, including Pulitzer Prize winners Philip Levine, Mark Strand, and James Tate.

In 1967, Merker began Windhover Press, which served as the official fine press of the university as well as a teaching press for students in the book arts. In 1986, Merker also founded the Center for the Book at Iowa, which this spring awarded the first MFA degrees in its interdisciplinary Book Arts Program.

The Grolier Club, in 1997, held a major retrospective exhibition curated by Michael Peich entitled: K.K. Merker: Serving the Muse: Stone Wall Press and Windhover Press, 1956-1996. Accompanying the exhibition was the publication of a comprehensive annotated bibliography, Printing and the Mind of Merker: A Bibliographical Study, by Sidney Berger, with contributions by Harry Duncan, Dana Gioia, and Merker himself. An obituary for Merker can be read in the New York Times.

June 3, 2013 has been designated by the Ponseti International Association as the first World Clubfoot Day to commemorate the birthday of Dr. Ignacio Ponseti [1914-2009], the developer of the Ponseti Method which has been used to successfully treat congenital clubfoot in thousands of infants worldwide through non-surgical means.

A native of Spain, Dr. Ponseti graduated from medical school at the University of Barcelona in 1936, a day before the outbreak of the Spanish Civil War, and eventually came to the University of Iowa in 1941 to further his training in orthopedics. He joined Iowa's medical faculty in 1944, where he spent the rest of his career. Clubfoot was one of Ponseti's major research interests, and through longitudinal studies he discovered that surgical interventions were often ineffective if not even more detrimental. With gentle manipulations and a series of plaster casts, however, deformed feet could attain normal appearance and function in a majority of cases.

In 1996, Dr. Ponseti authored Congenital Clubfoot: Fundamentals of Treatment (Oxford University Press), and the 2008 second edition currently is available for download in both English and Spanish. The Ponseti Method is actively being taught to healthcare providers around the world, who are implementing it with high success rates in numerous countries. Further information is available on the Ponseti International Association website.