For Earth Day, Plant a Tree or a Forest 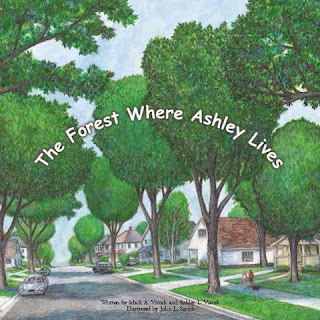 Earth Day was first celebrated on April 22, 1970. Founded by former US Senator Gaylord Nelson as an environmental teach-in, Earth Day is now coordinated by Earth Day Network, with extensive programming and events around the world. In 2009, the United Nations also declared April 22 to be International Mother Earth Day, an observance that "recognizes a collective responsibility, as called for in the 1992 Rio Declaration, to promote harmony with nature and the Earth to achieve a just balance among the economic, social and environmental needs of present and future generations of humanity."

To commemorate both Earth Day and the upcoming Arbor Day, check out The Forest Where Ashley Lives, an educational book about the value and care of urban forests. Written by Mark A. and the eponymous Ashley L. Vitosh, and illustrated by John L. Smith, it is intended for elementary school readers. The book has won an Arbor Day Foundation Education Award, and was published by Iowa State University Extension; a PDF version is available for download from Urban Forestry South. 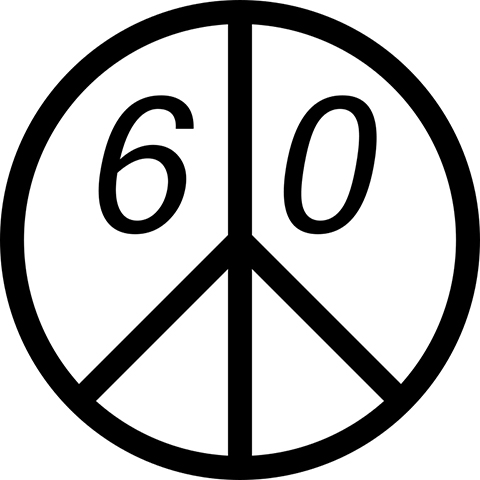 Now nearly universally recognized as a symbol of peace, the above logo (sans "60," of course) was designed by George Holtom in February 1958 to support the cause of nuclear disarmament. Varying accounts exist regarding its precise origins, but it was quickly adopted by the Campaign for Nuclear Disarmament in the U.K., and has been used by countless millions in various contexts ever since.

The Republication of Edward S. Curtis' The North American Indian


Edward S. Curtis [1868-1952] published The North American Indian [Being a Series of Volumes Picturing and Describing the Indians of the United States and Alaska] during the period 1907-1930. It comprised 20 volumes of narrative text accompanied by 20 portfolios of photogravures; the text tallied over 5,000 pages, and the photographic images numbered over 2,200. Less than half of the projected 500 sets were ultimately produced.

The original prospectus described this project as "The most gigantic undertaking in the making of books since the King James edition of the Bible . . . ." Curtis both authored the text and photographed the images, and was supported in his field work by the patronage of J. Pierpont Morgan. Frederick Webb Hodge, who worked at the Bureau of American Ethnology from 1905 to 1918 and later at the Museum of the American Indian, Heye Foundation, served as the editor for the series. Theodore Roosevelt contributed a brief foreword.

In the course of his research, Curtis took over 40,000 photographic images of some 80 tribes, recorded over 10,000 wax cylinders of Native American languages and music, and observed and described many aspects of Indian traditions, customs, and ways of life. As valuable as Curtis' documentation is--and in many cases, it is the only such historical information available--it also reflects certain attitudes and mindsets no longer current among scholars and historians. Among other criticisms, the staging of some photographs raises important questions of representation and interpretation in Curtis' work.

To mark the sesquicentennial of Curtis' birth, Christopher Cardozo Fine Art is republishing Curtis' magnum opus in its entirety, with meticulous attention to reproducing the quality of the original set. The video above gives a brief overview of the process and rationale for the undertaking. Further details as well as ordering information is available at the publisher's website.

An online edition of The North American Indian is also available as part of Northwestern University's Digital Library Collections. The digitization of the set was largely funded by the Institute for Museum and Library Services. The Library of Congress holds more than 2,400 silver-gelatin photographic prints by Curtis that were acquired through copyright deposit from about 1900 to 1930; of these, 1,608 were not included in The North American Indian. Over 1,000 prints in the Curtis Collection have been digitized and individually described.

The 50th Anniversary of the Assassination of Martin Luther King, Jr.

Civil rights leader Dr. Martin Luther King, Jr. was fatally shot on April 4, 1968 in Memphis, Tennessee, 50 years ago today. The day after his assassination, President Lyndon B. Johnson issued Presidential Proclamation 3839 declaring a national day of mourning for April 7, 1968 and that flags were to be flown at half-mast at governmental and military facilities both within the United States and abroad until King's internment. Johnson begins the Proclamation by stating: "The heart of America grieves today. A leader of his people--a teacher of all people--has fallen."

For previous Common Curator posts related to King's life and work, see: The March on Washington for Jobs and Freedom; Beyond Vietnam: A Time to Break Silence; The Quest for Peace and Justice; and Martin Luther King, Jr. Day. The New York Times has also recently republished its original obituary for King, which was first published April 5, 1968. 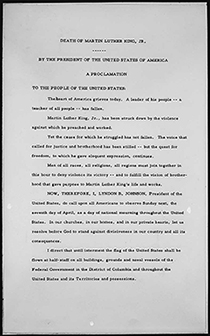 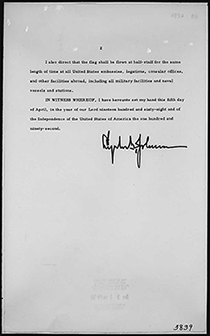 All Fools All the Time 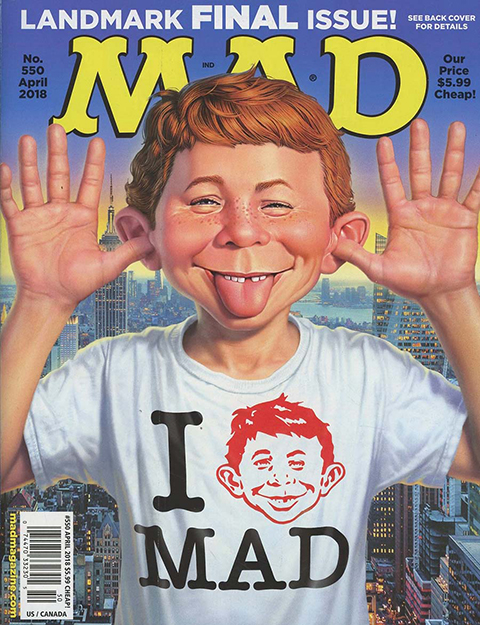 What? Don't Worry! MAD magazine, founded in 1952, is being rebooted after 550 issues, and will recommence later this month with issue No. 1 of its new series. Stay tuned for more satire from Alfred E. Neuman and the Usual Gang of Idiots.