Corita Kent [1918-1986] was born 100 years today, on November 20, 1918, in Fort Dodge, Iowa, and subsequently became world renowned for her work as a serigrapher (or screen printer), as well as for commissioned works both large (the Rainbow Swash on a massive gas storage tank outside of Boston) and small (the 1985 U.S.P.S. Love stamp, of which more than 700 million were sold).

As a Catholic nun, Sister Corita headed for several years the Art Department at the Immaculate Heart College in Los Angeles, California, where she instilled her artistic values of close observation, imagination, and social justice in her many students. A creative iconoclast in her own work, she famously formulated what could be considered "Corita's Decalogue," otherwise known as the "Immaculate Heart College Art Department Rules," of which Rule 7 is: "The only rule is work. If you work it will lead to something. It's the people who do all of the work all of the time who eventually catch on to things." Although she plainly cites artist John Cage in Rule 10, the ten rules are frequently misattributed to Cage rather than Corita herself.

Corita eventually left the order of the Sisters of the Immaculate Heart of Mary, and reentered secular life in 1968. She continued her prolific artistic output, which rivalled or surpassed many other artists of the era, including fellow screen printer, Andy Warhol. Corita was posthumously awarded an AIGA medal in 2016, and her legacy is sustained today by the Corita Art Center, which offers her original prints as well as ongoing programming. A recent major exhibition catalogue, Someday Is Now: The Art of Corita Kent, features much of her artwork and serves as an excellent introduction to her life and philosophy.

Corita died on September 18, 1986 at age 67, and her obituary in the Los Angeles Times can be read here. The video above, "Become a Microscope: 90 Statements on Sister Corita," is a short documentary produced by Aaron Rose to celebrate the 90th anniversary of her birthday. Below is one example of Corita's work, "We Can Create Life Without War," a poster commissioned in 1983 by the organization, Physicians for Social Responsibility. An illustrated chronology of Corita's life can be viewed at the Corita Art Center website. 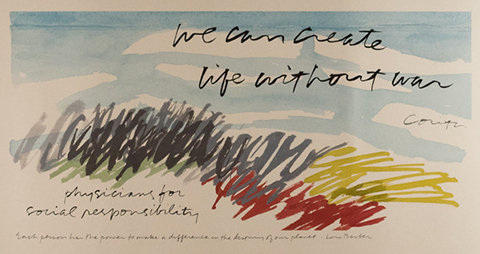 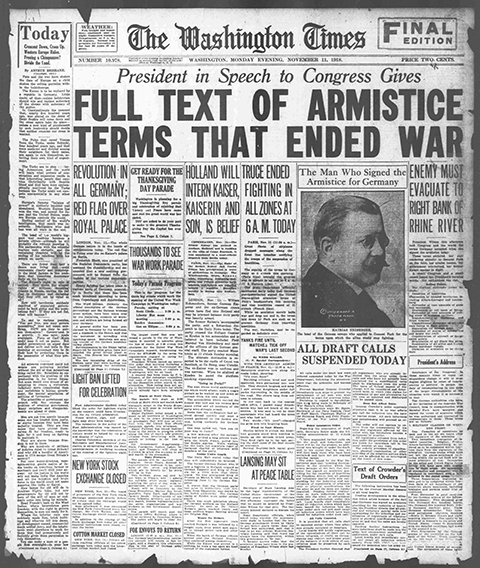 Chronicling America, the Library of Congress' historic newspaper database, includes a selection of around 90 newspapers that on November 11, 1918 hailed the news of the Armistice which brought World War I to an end. 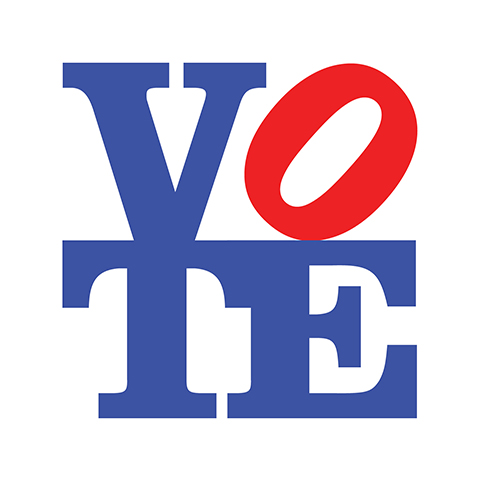 As everyone surely knows, the midterm general elections are this Tuesday, November 6th. For those still needing to register, Iowa and 14 other states, as well as the District of Columbia, allow election day registration. Further information regarding voting regulations can be found at USA.gov.

The above Common Curator graphic is based on Robert Indiana's iconic "Love" logo. Indiana died earlier this year at 89; his obituary can be read in the New York Times.