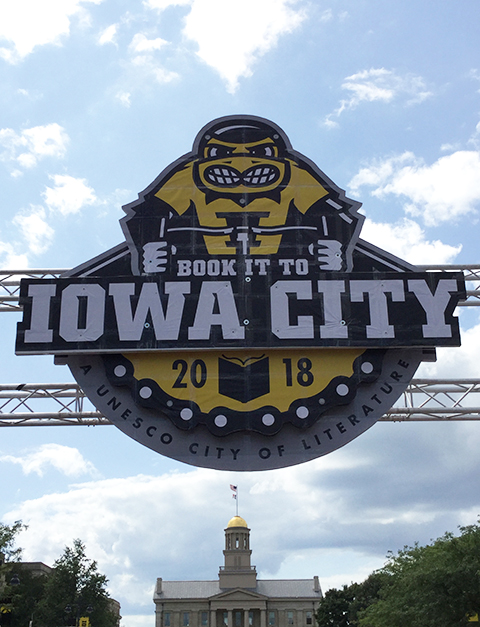 The 20,000 or so riders on RAGBRAI XLVI, the 46th iteration of the Register's Annual Great Bicycle Ride Across Iowa, will begin streaming into Iowa City on the morning of Friday, July 27, 2018. For this penultimate segment of the week-long ride, bicyclists will be covering 58 miles from Sigourney to Iowa City; the last stretch, Day 7, will cover the final 69 miles to Davenport. Every year the ride commences somewhere along the Missouri River and ends somewhere along the Mississippi River. This year's route, which originated in Onawa, measures approximately 428 miles, and includes some 12,576 feet of climb.

The first ride, in 1973, was the brainchild of journalists Donald Kaul and John Karras of the Des Moines Register, and the ride has since evolved into an internationally renowned event, the oldest, largest, and longest such bicycle ride in the world. Unfortunately, one of the co-founders, Donald Kaul, died at age 83 on Sunday, July 22, 2018, coincidentally the first day of this year's ride. 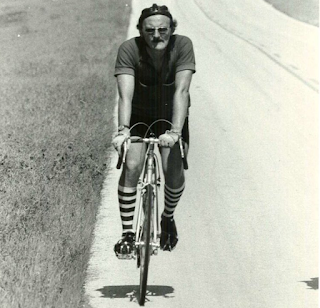 Kaul was especially well known for his nationally-syndicated column "Over the Coffee," which skewered hypocrites of all political stripes, including himself, if necessary. Kaul's writing manifested good sense, an agile wit, as well as deep compassion and human decency, qualities which are always needed but often lacking, then as now. Three collections of Kaul's columns have been published, and an archive of later work (2008-2016) can be found online at OtherWords. "Newspaper Nostalgia" recounts some of the many changes Kaul witnessed in over 50 years of journalism, beginning with the start of his career at the Register in the early '60s.

The Common Curator rode RAGBRAI in 2012, details of which can be found in the post, Livin' XL.

Microfinance Worldwide: Kiva by the Numbers 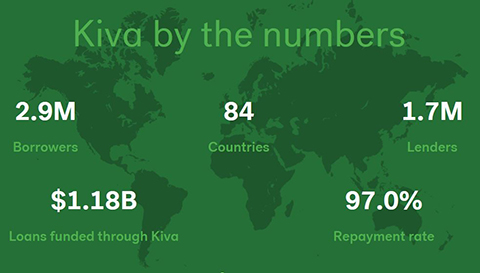 Founded in 2005 as a non-profit organization to alleviate poverty through microloans to small entrepreneurs worldwide, Kiva has facilitated $1.18 billion in total lending to some 2.9 million entrepreneurs in over 80 countries. Having established a global network of microfinance field partners, Kiva currently has a repayment rate of 97% across all loans.

To date, the Common Curator has made 200 microloans for projects in 84 countries in the following sectors: agriculture; food; retail; services; arts; construction; clothing; health; education; personal use; manufacturing; housing; wholesale; and transportation.

To learn more about how Kiva works and its history, visit the organization's website and consider joining the effort to fund entrepreneurs around the world.