Fight for Libraries; Fight for Museums; Save the Institute of Museum & Library Services (IMLS)

For this year's National Library Week (April 9-15, 2017), the American Library Association (ALA) has designated April 13 as Take Action for Libraries Day as part of an ongoing advocacy campaign to counter the Administration's proposed draconian budget cuts, which include the elimination of the Institute of Museum and Library Services (IMLS), the leading federal agency supporting the work of museums and libraries nationwide.

Specifically, the ALA is calling on Congress to preserve funding levels for the Library Services and Technology Act (LSTA), as well as the Innovative Approaches to Literacy (IAL) program. For those wishing to engage directly in the effort to support libraries and museums of all types, the ALA offers an array of advocacy resources online.

The stated mission of the IMLS is "to inspire libraries and museums to advance innovation, lifelong learning, and cultural and civic engagement," by providing "leadership through research, policy making, and grant making." The Common Curator can attest firsthand to the vital importance of the IMLS mission, having worked on two major IMLS digitization grants to help create two substantial and significant digital collections that are freely accessible online.

As Project Director, the Common Curator received a $120,300 grant to build the North Carolina History of Health Digital Collection, which makes available some 350,000 pages of core health-related journal literature from 1849 to the present. Earlier, as Digital Production Editor & Metadata Coordinator, he helped build American Journeys: A Digital Library and Learning Center, which features eyewitness accounts of early American exploration and settlement from around 1500 to 1850. It, too, has been heavily utilized since its launch, attracting hundreds of thousands of users annually.

It is estimated there are 123,000 libraries and 35,000 museums in the U.S. Moreover, it is estimated that 169 million people over 14 are library users (69% of the population), while 148 million people over 18 visit a museum annually. Clearly, there is a critical demand and need for memory institutions, which is consistent with the IMLS vision, namely, "A democratic society where communities and individuals thrive with broad public access to knowledge, cultural heritage, and lifelong learning."

Beyond Vietnam: A Time to Break Silence . . . MLK, Jr. after Fifty Years

Fifty years ago on April 4, 1967 (exactly one year before his assassination), Dr. Martin Luther King, Jr., delivered a major speech at Riverside Church in New York City which articulated his reasoning for his opposition to the Vietnam War, and how the conflict was intertwined with racism and other pressing social issues facing the nation. Entitled "Beyond Vietnam: A Time to Break Silence," King traces the evolution of his thought on the war, and argues for a "radical revolution of values," stating:


. . . [W]e must rapidly begin the shift from a thing-oriented society to a person-oriented society. When machines and computers, profit motives and property rights, are considered more important than people, the giant triplets of racism, extreme materialism, and militarism are incapable of being conquered.

Towards the conclusion of his speech, King posits a fundamental question:


We still have a choice today: nonviolent coexistence or violent coannihilation. We must move past indecision to action. We must find new ways to speak for peace in Vietnam and justice throughout the developing world, a world that borders on our doors. If we do not act, we shall surely be dragged down the long, dark, and shameful corridors of time reserved for those who possess power without compassion, might without morality, and strength without sight. 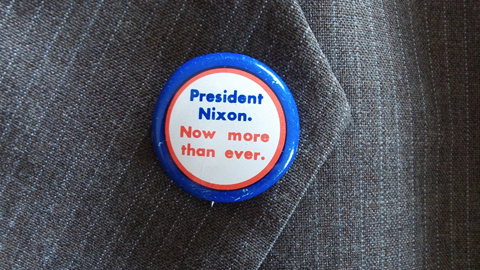 For earlier April 1st posts, see The Origin of April Fool's Day and April Is the Foolest Month, which describes various spaghetti harvests around the world.