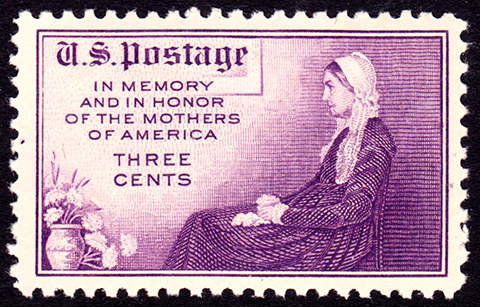 President Franklin D. Roosevelt, himself an avid philatelist, took a strong interest in stamps as a means to communicate. He had a close working relationship with the Postmaster General James A. Farley, and contributed several design ideas for stamps issued during his time in office (1933-1945).

Among these was Roosevelt's suggestion that "Arrangement in Grey and Black No. 1," the iconic painting by James Abbott McNeill Whistler, be used as the basis for a stamp commemorating Mother's Day. Also known as "Portrait of the Artist's Mother," or simply, "Whistler's Mother," the subject of the painting was prominently featured on a 3-cent stamp that was issued in 1934, just 20 years after Mother's Day became an official national holiday.

Though a seemingly faithful representation, the stamp drew criticism both for the manner in which the painting was cropped and for the addition of a vase of flowers. The American Artists Professional League went so far as to telegram the Postmaster General, stating the stamp was "a mutilation of the artist's original picture, robbing it of much of its charm." The painting is currently held by the Musée d'Orsay in Paris, and today's viewers can make their own aesthetic judgement.

More of Roosevelt's stamp designs can be seen as part of the National Postal Museum's online exhibition, Delivering Hope: FDR & Stamps of the Great Depression. 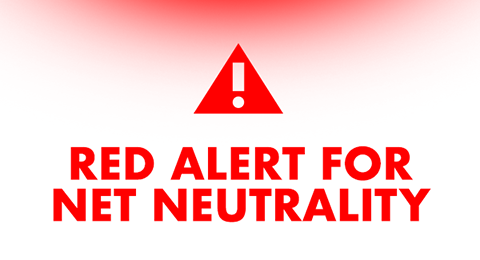 Take Action today by contacting Congress to show your support for Net Neutrality. 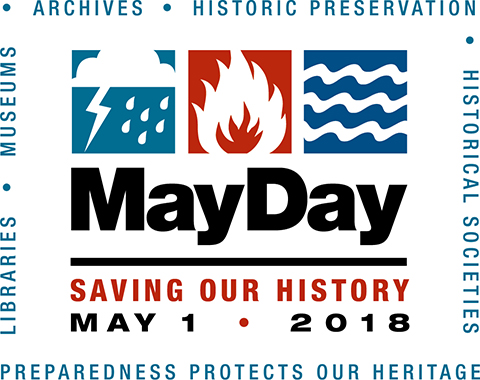 Since 2006, the Society of American Archivists (SAA) has designated May 1st as MayDay, or a day of action for both individuals and organizations such as archives, libraries, museums, and historical societies to improve their capacities to deal with emergencies that can threaten or destroy historical collections. The ravages of natural disasters such as the tornadoes and hurricanes of recent years are just some of the physical risks facing cultural heritage institutions.
Although the landmark study, A Public Trust at Risk: The Heritage Health Index Report on the State of America's Collections (2005), systematically documented that most institutions lack an adequate disaster preparedness plan, the SAA has worked to mitigate these deficiencies. The SAA web site provides recommendations for MayDay activities, as well as a compilation of resources, including technical literature and tools, disaster plan templates and examples, tutorials and courses, bibliographies, and other resources.
In recent years, the State Historical Society of Iowa (SHSI) has undergone severe cuts to both collections and services, which are documented in detail in a recent White Paper produced by the Save Iowa History Alliance. Leading historians on both a state and national level have addressed their concerns directly to Governor Branstad and to Mary Cownie, Director of the Iowa Department of Cultural Affairs, which oversees the SHSI.
Further details on these efforts, as well as contact information for key decision-makers, is available in the previous Common Curator posts: Save Iowa History and Save Iowa History 3. The complete White Paper on the State Historical of Iowa can be downloaded as a PDF. 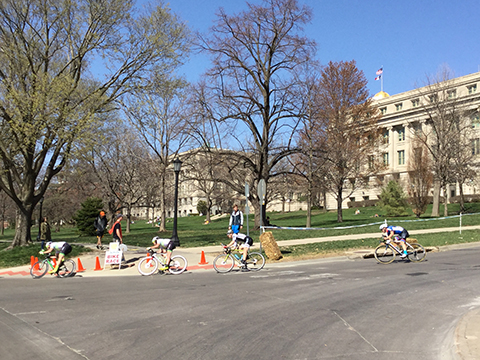 Long a springtime tradition in Iowa City, the annual Old Capitol Criterium was held on Sunday, April 29, 2018 on the classic one-kilometer course that encircles the University of Iowa's Pentacrest and includes a short section through downtown Iowa City. The race began in 1977, and was originally spearheaded by Dan Nidey and Bill Casey. Results for all classes of riders at this year's race are available at the USA Cycling website. The Iowa City Cycling Club hosts the Old Capitol Criterium along with the Iowa City Road Race that together constitute the Chris Lillig Memorial Cup Race Weekend.