IN THE HOUSE OF REPRESENTATIVES
November 15, 2017

Mr. Cohen (for himself, Mr. Gutiérrez, Mr. Yarmuth, Mr. Al Green of Texas, Ms. Fudge, and Mr. Espaillat) submitted the following resolution; which was referred to the Committee on the Judiciary

Resolved, That Donald J. Trump, President of the United States, is impeached for high crimes and misdemeanors, and that the following Articles of Impeachment be exhibited to the Senate:

In his conduct while President of the United States, Donald J. Trump, in violation of his constitutional oath to faithfully execute the office of President of the United States and, to the best of his ability, preserve, protect, and defend the Constitution of the United States, as well as his constitutional obligation to take care that the laws be faithfully executed, has prevented, obstructed, and impeded the administration of justice, and has to that end engaged personally, and through his subordinates and agents, in a course of conduct or scheme designed to delay, impede an investigation, and to conceal information sought by the Federal Bureau of Investigation (FBI) in the course of its investigation into Russian interference with the 2016 United States Presidential election, including any possible collusion between Russia and Donald J. Trump’s campaign.

Readers may also be interested in H. Res. 438, introduced by Congressman Brad Sherman (D-CA-30) on July 12, 2017, that contains a single article of impeachment; the text of this earlier Resolution can be found at the Common Curator post, In Case You Missed It . . . H. Res. 438. 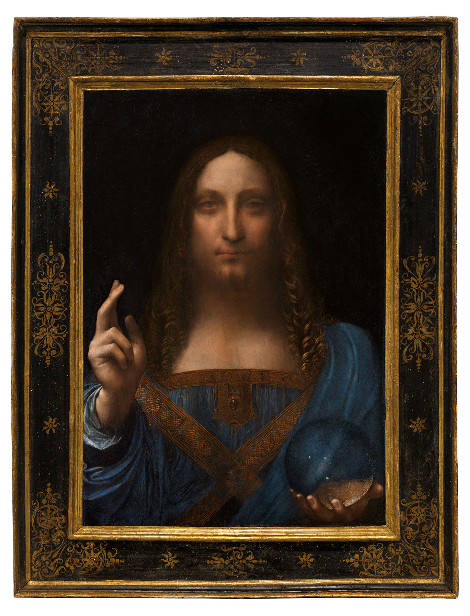 Leonardo da Vinci's Salvator Mundi, or "Savior of the World," has just set a new world record for a work of art sold at auction, realizing $450,312,500 (including buyer's premium) at Christie's in New York on November 15, 2017. The work is one of a small number of surviving paintings attributed to da Vinci, and according to Christie's, was the last not already in a museum collection. The buyer has not as yet been publically revealed. The art conservator Dianne Dwyer Modestini spent several years restoring the painting, beginning in 2005.