Walt Whitman Sings Out at 200

The bicentennial of the birth of the great poet Walt Whitman [1819-1892] is today, May 31, 2019. The irrepressible Whitman still sings in the 21st century, but if you would like to check out his sole surviving recording, circa 1889-90, you can listen to it here. The recording is a recitation of the following poem, though the last two lines are not captured on the wax cylinder: 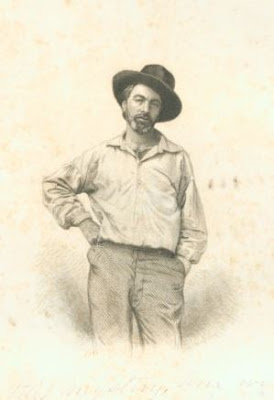 The story of how it came about, and its technical aspects, can be read in Professor Ed Folsom's "The Whitman Recording." The scholarship on Whitman is of course vast, with (re)discoveries in recent years including Whitman's novel, Life and Adventures of Jack Engle, and a lengthy newspaper series curiously called "Manly Health and Training," both texts being uncovered by Zachary Turpin.

The University of Iowa has long been a center for Whitman scholarship, with Prof. Folsom and others maintaining the extensive Walt Whitman Archive and editing the Walt Whitman Quarterly Review. The first MOOC (or Massive Open Online Course) that Iowa's International Writing Program ever offered, in 2014, was "Every Atom: Walt Whitman's 'Song of Myself.'"

In 2005, Iowa mounted a major exhibition that drew heavily upon the Whitman collection of Dr. Kendall Reed, and for which Prof. Folsom wrote an extensive illustrated catalog, Whitman Making Books/Books Making Whitman: A Catalog & Commentary. The catalog delves deeply into not only Whitman's writing practice but how his knowledge of printing influenced the design and make-up of his ever-evolving masterpiece, Leaves of Grass. A fascinating study (and freely available online), it begins:

Walt Whitman is the only major American poet of the nineteenth century to have an intimate association with the art of bookmaking. Everyone knows Whitman as a poet and the author of one of the most studied books of American poetry, Leaves of Grass. What is less well known is that Whitman was trained as a printer and throughout his life spent time in printing shops and binderies, often setting type himself and always intimately involved in the design and production of his books. Whitman did not just write his book, he made his book, and he made it over and over again, each time producing a different material object that spoke to its readers in different ways.

No nineteenth-century American author was more involved in the range of actual activities of bookmaking than Whitman. He began his career as a newspaper worker, learning typesetting at the young age of twelve as an apprentice on the Long Island Patriot under the tutelage of William Hartshorne (1775–1859), a master printer (Whitman called him "the veteran printer of the United States") who later became Brooklyn's city printer. Late in his life, Whitman wrote a poem called "A Font of Type," in which he imagines all the "unlaunch'd voices—passionate powers, / Wrath, argument, or praise, or comic leer, or prayer devout" that lie "within the pallid slivers slumbering" in "This latent mine" of the type-box . . . .


To commemorate Whitman's enduring body of work, the University of Iowa Libraries offers the exhibition, Walt Whitman: A Bicentennial Celebration, through August 9, as well as Walt Whitman at 200: The Bicentennial Symposium, on June 18-19. Additional events and programming nationally can be found at the Walt Whitman Initiative website.

Note: The illustration above is from the frontispiece for the first edition of Leaves of Grass (1855), as found in the University of Iowa Libraries' copy.

The Path to Women's Suffrage: The 19th Amendment to the U.S. Constitution 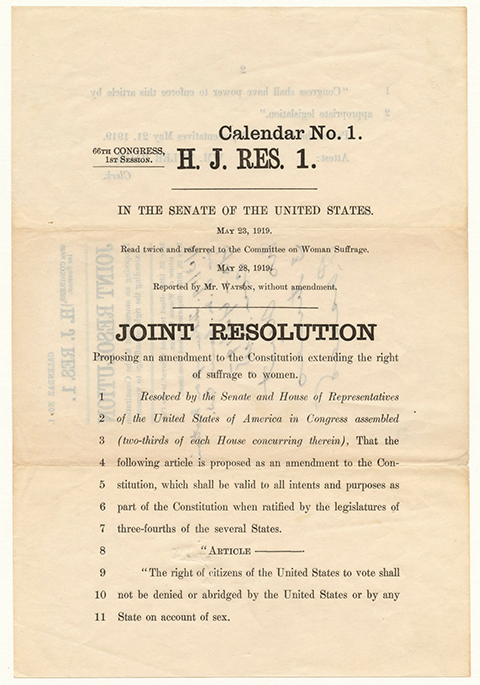 House Joint Resolution 1 (H. J. Res. 1), proposing an amendment to the Constitution extending the right of suffrage to women, was introduced in the House of Representatives on May 19, 1919, and passed on May 21, 1919--100 years ago today. The resolution was soon approved by the Senate, on June 4, 1919, and over the course of the next 14-1/2 months was ratified by three-fourths of the states (with Tennessee becoming the 36th and last state necessary for ratification on August 18, 1920). On August 26, 1920, U.S. Secretary of State Bainbridge Colby certified H. J. Res. 1 as the 19th Amendment to the Constitution, the text of which reads: "The right of citizens of the United States to vote shall not be denied or abridged by the United States or by any State on account of sex. Congress shall have power to enforce this article by appropriate legislation." 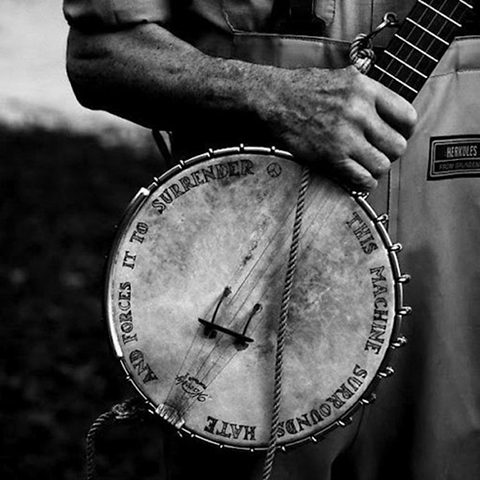 Pete Seeger [1919-2014], who would have turned 100 on May 3rd, featured a wise and well-worn calligraphic inscription on his banjo head, also known as a "vellum," for the parchment out which it was made. The credo, "This machine surrounds hate and forces it to surrender," parallels one that fellow traveller Woody Guthrie displayed prominently on his guitar, namely, "This machine kills fascists."

To mark his birthday centennial, Smithsonian Folkways has just released "Pete Seeger: The Smithsonian Folkways Collection," a career-spanning anthology that contains 137 tracks on 6 CDs (including 20 previously unreleased), as well as a book of essays and other documentation. Seeger himself once offered some curatorial advice to the archivists and production staff at Smithsonian Folkways, recommending that they "find the homemade honesty of great folk music in every country of the world." 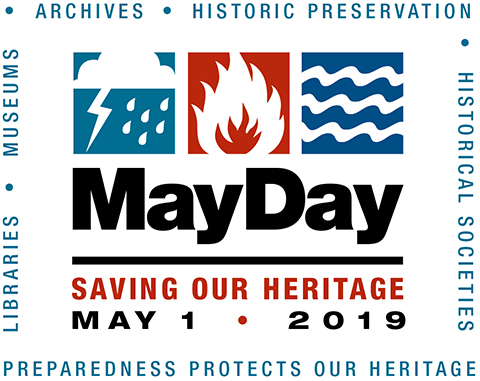 Since 2006, the Society of American Archivists (SAA) has designated May 1st as MayDay, or a day of action for both individuals and organizations such as archives, libraries, museums, and historical societies to improve their capacities to deal with emergencies that can threaten or destroy historical collections. The ravages of natural disasters such as the tornadoes and hurricanes of recent years are just some of the physical risks facing cultural heritage institutions. Although the landmark study, A Public Trust at Risk: The Heritage Health Index Report on the State of America's Collections (2005), systematically documented that most institutions lack an adequate disaster preparedness plan, the SAA has worked to mitigate these deficiencies. The SAA web site provides recommendations for MayDay activities, as well as a compilation of resources, including technical literature and tools, disaster plan templates and examples, tutorials and courses, bibliographies, and other resources. In recent years, the State Historical Society of Iowa (SHSI) has undergone severe cuts to both collections and services, which are documented in detail in a White Paper produced by the Save Iowa History Alliance. Leading historians on both a state and national level have addressed their concerns directly to the Iowa Governor and to the Director of the Iowa Department of Cultural Affairs, which oversees the SHSI. Further details on these efforts, as well as contact information for key decision-makers, is available in the previous Common Curator posts: Save Iowa History and Save Iowa History 3. The complete White Paper on the State Historical of Iowa can be downloaded as a PDF.