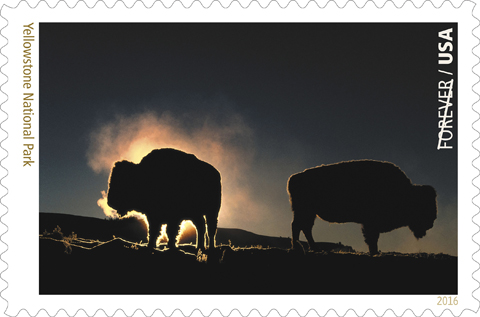 One hundred years ago on August 25, 1916, President Woodrow Wilson signed legislation to create the National Park Service (NPS), with the mandate "to conserve the scenery and the natural and historic objects and the wild life therein and to provide for the enjoyment of the same in such manner and by such means as will leave them unimpaired for the enjoyment of future generations."

In 2015 alone, more than 300 million people visited the 412 different areas in the park system, which covers over 84 million acres in every state, as well as the District of Columbia, American Samoa, Guam, the Northern Mariana Islands, Puerto Rico, and the Virgin Islands. To help plan future visits, the NPS website provides a Find a Park tool that offers information about the many sites of interest.

To commemorate the 100th anniversary of the NPS, the U.S. Postal Service issued a set of 16 stamps with images of various well-known parks. The oldest park in the system is Yellowstone National Park, which was created through a bill signed into law by President Ulysses S. Grant on March 1, 1872. The Yellowstone stamp features the silhouettes of two bison, which coincidentally became the national mammal when President Obama signed the National Bison Legacy Act into law on May 9, 2016.

Once numbering in the tens of millions in North America, bison were hunted to near extinction in the nineteenth century. In 1905, Theodore Roosevelt and William Hornaday formed the American Bison Society in an attempt to help save the species. Today, bison herds on public lands managed by the U.S. Department of the Interior support around 10,000 bison; Yellowstone has the largest of these herds, with a population estimated at 4,900 as of last summer.

What Kind of Movies Are Your Children Seeing? 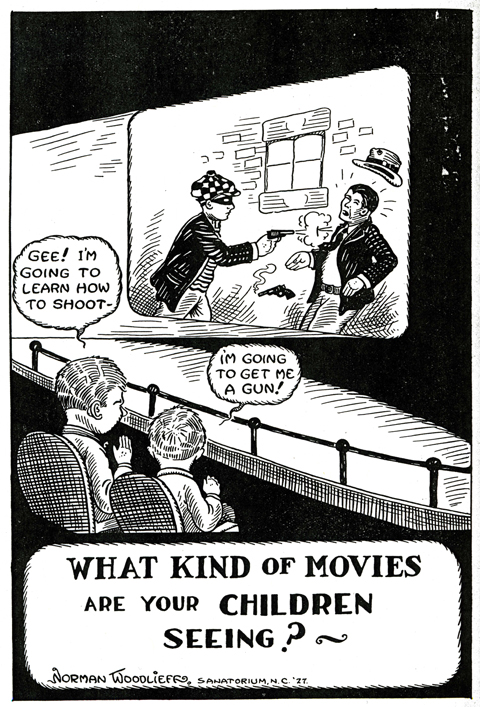 Today is the 50th anniversary of the horrific mass shooting that took place on the campus of the University of Texas at Austin on August 1, 1966. The perpetrator, Charles Whitman, killed 17 and wounded more than 30 others. Today is also the first day of the so-called Campus Carry law (S.B. 11) in the state of Texas, which will allow licensed holders to carry concealed handguns at public universities.

The issue of gun violence in the United States has long predated the tragedy at the University of Texas. The cartoon above, which expresses a concern over how weapons are depicted in the new art form of the cinema, was originally published in 1927. Its author, incidentally, was Norman Woodlieff, a musician and founding member of the North Carolina Ramblers.